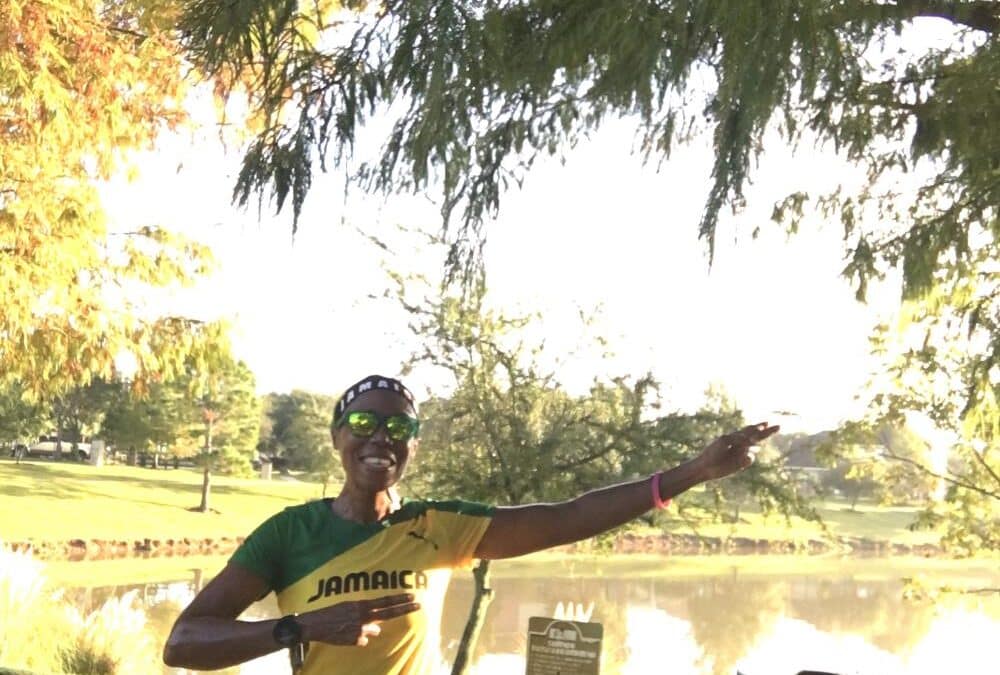 New York/October 29, 2020/CMMInc… The Awards Ceremony to announce the winners of the recently held Team Jamaica Bickle (TJB) Inaugural Virtual 5K Run/Walk, was held on Sunday October 25, 2020. The organization which had since 2011 held its annual 5K Run/Walk at Baisley Pond Park, Queens New York (NY) made the transition to the virtual space this year due to the Covid-19 Pandemic. The ceremony was streamed live on Jamaicans.com, on TJB’s Facebook Page and its other Social Media Platforms and was hosted by Ms. Ann-Marie Grant, Director of The American Foundation of the University of the West Indies (AFUWI).

A total of nine prizes were awarded in the following categories: The youngest participants: Hussein Miller; 29 year old male of Hollis, Queens, NY and Jadah Fitzgerald; 17 year old female of Jamaica, Queens, NY. The most senior, Lancelot Clarke; 68 year old male of Roosevelt, NY and Dorothy Clinton; 73 year old female of Staten Island NY. The prize for the participant furthest from New York was presented to Kimberly Hunter-Newbill of Rosenberg, Texas. The participant with the longest completion time and (who was given the Courage Award), Bassett Thompson of Elmont, L.I.

The coveted grand prize; automatic entry for two persons (male and female), to the Reggae Marathon (being held virtually this year as well), was awarded to James Shepherd of Rosedale NY, and Lauren Fontana of Bayside, Queens, NY.

The Marcia Sinclair Memorial Award was presented to Ms. Jetola Anderson-Blair of Houston Texas for best depiction of ‘Brand Jamaica’. Ms. Sinclair, who passed away earlier this year, was memorialized for her stellar work in the Diaspora. She was a former Executive of the Jamaica Tourist Board, based in the North East USA region.

Patron of the race and TJB Ambassador, Olympian Sherone Simpson, who presented the award, spoke with enthusiasm about the pride she felt representing the organization and recalled the help she and her fellow athletes received while competing at the Penn Relays. She expressed her desire to always help the organization where she can. She joined in commending the (late) Ms. Sinclair for her contribution to the Diaspora and congratulated the winner Ms. Anderson-Blair for copping the prize.

The virtual 5K Run/Walk which ran over a period of 16 days from October 9 thru 24, 2020, attracted participants from across the USA and the Caribbean.  Over the two-week period, participants completed their 5K Run or Walk and uploaded their time to the event results page. Several persons donated directly to the organization in lieu of participating in the 5K.

Speaking on the organization’s foray into the virtual space for a fundraising event, Chairman, Irwine Clare, Snr., said: “We thank all who participated and contributed to this our inaugural virtual 5K Run/ Walk. Adapting to changes as a result of the pandemic has created new avenues of fundraising and outreach. Though challenging, the experience is worthy. Lessons were learnt. Promoting healthy lifestyles while contributing to our athletes’ welfare is a win-win. Thank you all.”

Team Jamaica Bickle, Inc. is a 501(c) (3) not-for-profit organization, based in New York, formed in 1994, under the leadership of Irwine G. Clare Sr., to provide hospitality support for Jamaican athletes who compete at the annual Penn Relays Carnival, held at the University of Pennsylvania. Team Jamaica Bickle, Inc., supports athletes, athletic and youth programs across the Caribbean and the United States. In 1999, Team Jamaica Bickle became the first Jamaican organization to be a participating sponsor at the Penn Relays. As a result, the Jamaican flag became the first foreign-nation’s flag to be flown at the Penn Relays, a distinction unmatched. Over the years, TJB has received several proclamations and awards from numerous local and national entities.