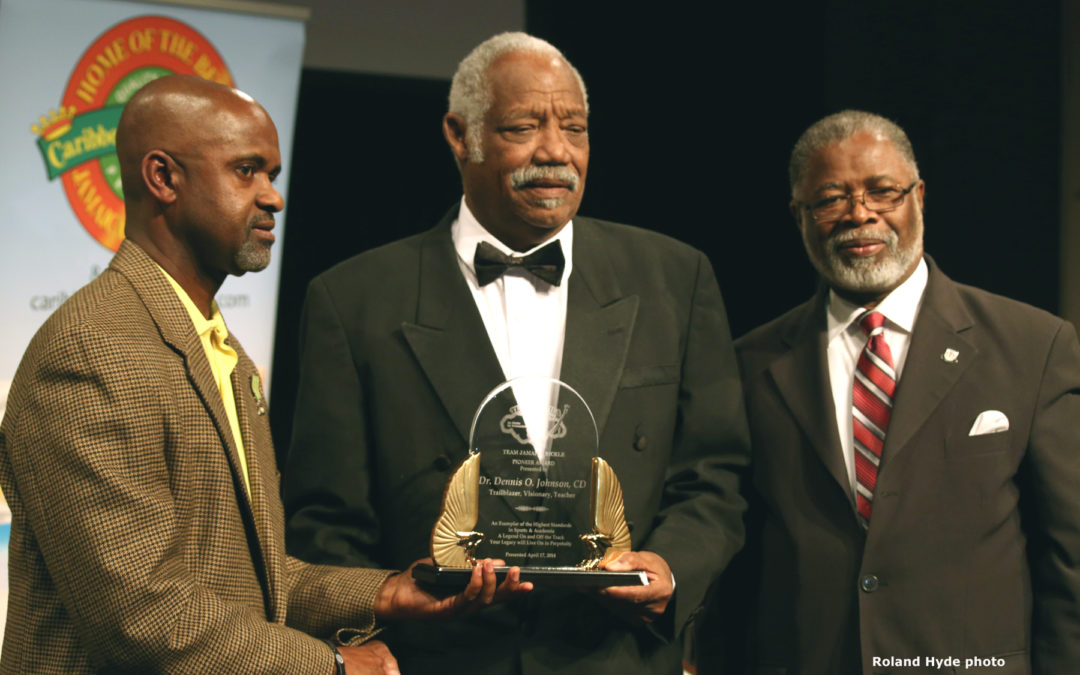 One of the country’s outstanding sprinters, Dr. Dennis Johnson, CD,  was honoured by Team Jamaica Bickle (TJB), on April 17, at its annual reception and awards ceremony, held at St. Francis College in downtown Brooklyn, New York.

In addition to receiving the Pioneer Award, Dr. Johnson made history by being recognized by three branches of the US Government as a true icon of the Caribbean.

Dr. Johnson was a standout as a young athlete drawing wide acclaim as a student at the San Jose State University. He went on to have a stellar career in sport development and is often referred to as the grandfather and architect of Jamaica’s track prowess.

Presenting the TJB Pioneer award to Dr. Johnson, Chief Executive Officer and Founder, Irwine Clare, spoke of the greatness of Dennis Johnson, his love for country, his commitment to the youth and opening doors for those who came after him.