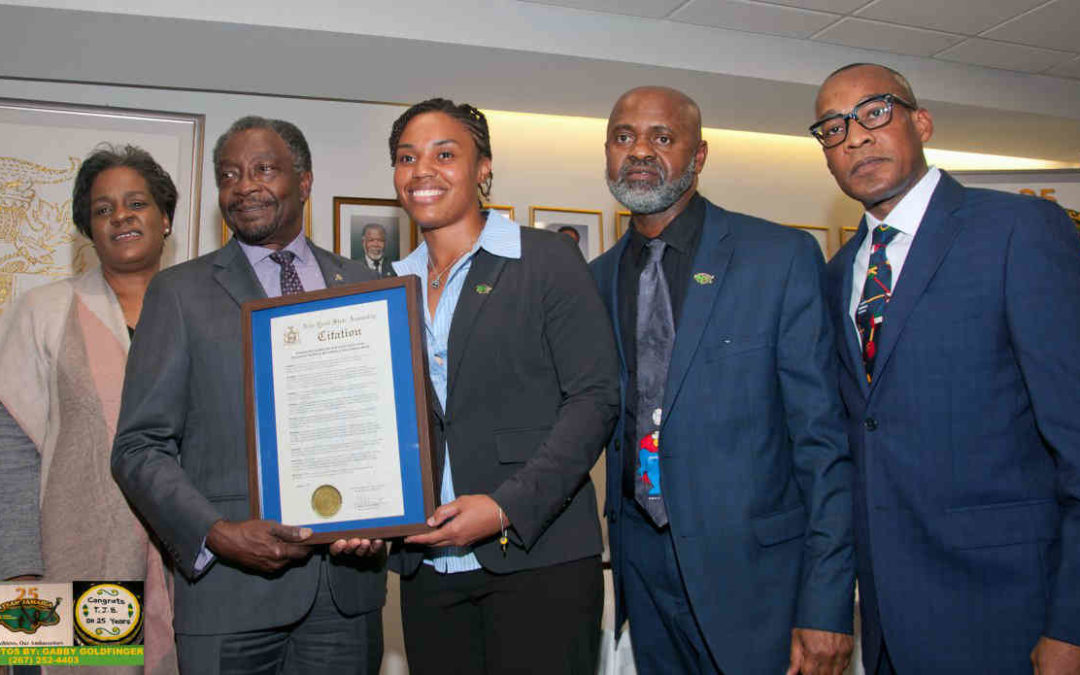 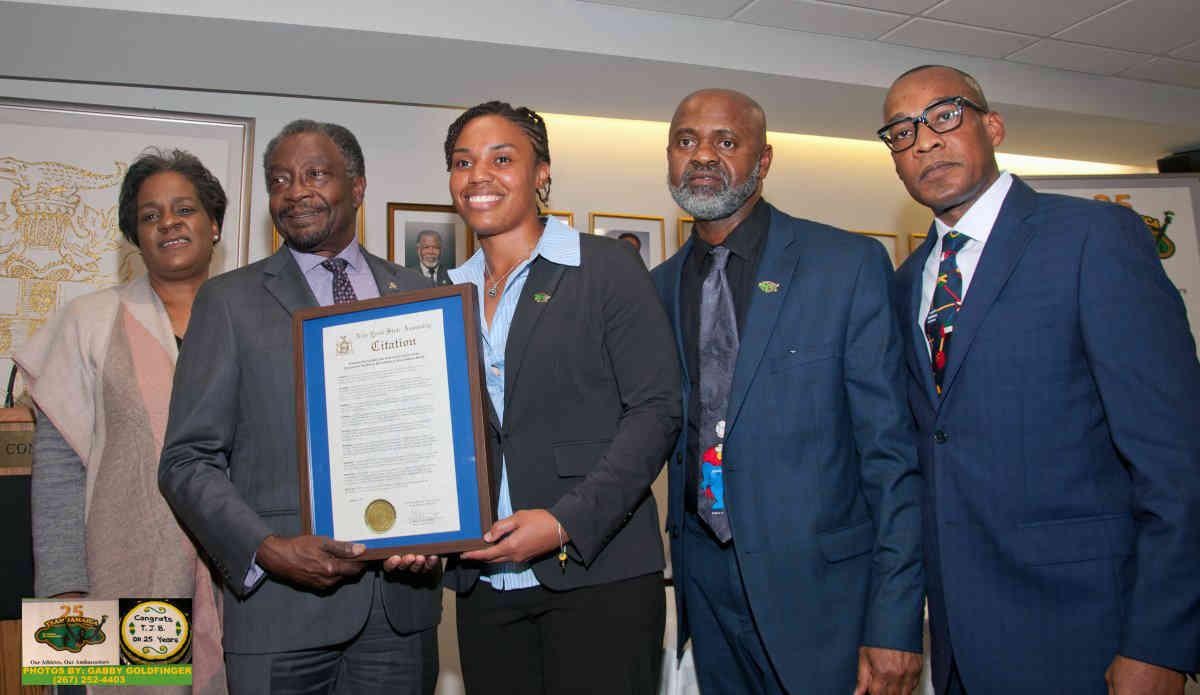 TJB is marking 25 years of operations at the Penn Relays, at the University of Pennsylvania, in Philadelphia.

TJB said Perry and Comrie presented the special award to McClure, goalkeeper of the Reggae Girls soccer team, during the ceremony at the Jamaica Consulate in midtown Manhattan.

Perry represents the 58th Assembly District in Brooklyn, which encompasses parts of East Flatbush and Canarsie.

The Reggae Girls team created history when it qualified for the 2019 FIFA Women’s World Cup to be held in France from June 7 to July 7.

After receiving the citations, McClure said she was “thankful for the recognition” bestowed on her, according to TJB, which provides meals and transportation, among other things, to Jamaican and Caribbean athletes annually at the Penn Relays Carnival.

She also spoke of “the place of honor and the pride” she feels in serving her country, TJB said.

“She expressed gratitude to her family, and to her soccer club and coaches for all they have contributed to her development and to Team Jamaica Bickle and both Assemblyman Perry and Sen. Comrie for the citations,” TJB said.

McClure said that “being recognized by Team Jamaica Bickle is an honor.

“They are a prestigious organization that caters to athletes representing the Caribbean at the Penn Relays,” she said. “To be amongst such an elite group means a lot to me – more than I can describe.

“I’m proud to be a Jamaican athlete,” McClure added. “I am proud to have received a citation from the New York State Assembly, as well as from the office from State Senate 14th District, Leroy Comrie.”

In lauding McClure, TJB’s founder and chairman, Jamaican-born Irwine Clare, Snr., said she is “a great ambassador of the Diaspora and Jamaica.”

“Born in the USA to hard working and committed Jamaican parents, Nicole embodies and personifies our children’s respect and willingness to associate with their roots – a true ambassador of our cultural heritage and ‘Jamaicanism,’” Clare said.

“We wish to express our thanks to Team Jamaica Bickle for the recognition given to our daughter Nicole and the Reggae Girlz during their 25th anniversary launch,” said parents Sharon and Charles McClure. “Nicole was truly moved by the gesture and wishes TJB continued success as it caters to the needs of athletes from Jamaica and the Caribbean.”

TJB said it provides “premier hospitality services” for athletes from Jamaica and across the Caribbean at the Relays Carnival.

It said athletes are “treated to three hot meals daily, ground transportation, chiropractic and medical services, as well as mentorship.

TJB, which was formed in 1994, five years later became the first Jamaican organization to be a participating sponsor at the Penn Relays.

As a result, it said the Jamaican flag became the first foreign-nation’s flag to be flown at the Penn Relays, “a distinction unmatched.”