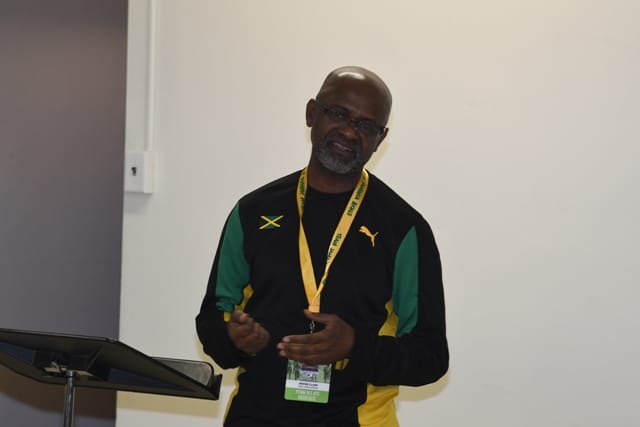 DESPITE the negative effects of the coronavirus pandemic and the resulting fallout in sponsorships and fund-raising activities, chief executive officer (CEO) of Team Jamaica Bickle (TJB), Irwine Clare says the focus was firmly on the welfare of Jamaican students in the United States.

The COVID-19 pandemic, he said, had caused a serious shift in concentration of efforts by the US-based non-profit organisation wherein, instead of carrying out their core responsibilities, they have had to shift their focus. But he said they had not abandoned their primary objectives.

Clare was speaking at the virtual press conference to launch the TJB 5K run/walk, the target of which is to raise “a modest US$25,000 (approximately $3.7 million)” to help fund their projects.

The virtual run will replace the race TJB has staged in Queens, New York, for a number of years and will be held between October 9-24. Participants can enter by logging on to the TJB website, running or walking the distance, and uploading their results.

Asked if their was a shift in concentration due to the pandemic, Clare agreed: “One of the things we learn from this pandemic is that change is constant, it’s a moving target and we can sit here and say that we are going to do this tomorrow and something comes up and just blows us off [target] as we have experienced and so to answer the question, the answer is yes, we have to be flexible.”

Despite all that, Clare said his organisation was steadfast in its resolve.

While they were “not fixed on anything” Clare pointed out that while there were things they had on their to-do list, the core aim is to try to stay relevant to the needs of the students as they arise.

“We have some legacy projects that will always remain firm to us, such as the defibrillator project that is on a pause now as are some other projects, but we are responding to things now that we never thought would be a major issue and we have to be prepared for that. And, truth be told, we are also operating with a lot less resources because most of our resources would have come from sponsorship and some from activities that we would have had, and most of these were cancelled,” Clare explained.

He thanked individuals and stakeholders who he said “have stepped up beyond the scope of our advertising and our partnerships and made donations”.

“The requests are great and we have some very significant projects that we are working on now that will call for significant resources, but we are committed to them and we will move every stone possible to ensure that we can assist,” Clare ended.

our athletes’ welfare, and once it falls into that zone we are quite confident that we will respond accordingly,” he said.