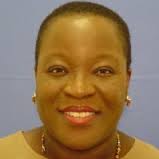 The Philadelphia Organizing Committee of Team Jamaica Bickle has announced that it will be honoring Philadelphia International Airport Chief Administrative Officer, Folasade Olanipekun-Lewis at its 23rd Annual Community Award and Fundraising Reception on Thursday, April 20th, 2017 in Philadelphia.

The reception will be held at the PECO Energy Building which is located at 2301 Market Street starting at 6 p.m. and ending at 9 pm.

The daughter of a Nigerian father and a Jamaican mother, Olanipekun-Lewis has distinguished herself with a career in government and academia. Prior to her position at Philadelphia International Airport, she served as Chief Financial Officer for City Council President Darrell L. Clarke and also served as Deputy Commerce Director for the City Philadelphia.

Her prior experience includes serving as Chief Financial Officer as well as City Treasurer for the City of Philadelphia and Director of Finance for the City of Birmingham, Alabama.

Olanipekun-Lewis lives in the Mt. Airy section of Philadelphia with her daughter, Adeyemi.

Team Jamaica Bickle is a non-profit all-volunteer organization that caters to over 650 students, athletes and coaches from Jamaica and the Caribbean who attend the University of Pennsylvania’s annual Penn Relays in April of each year.

Since 1994, Team Jamaica Bickle has played an active role in the development and care of the athletes, which has been a necessary and enriching program for the athletes. More athletes are able to travel to the relays, thanks to the sponsorship provided, which reduces the cost to both families and school