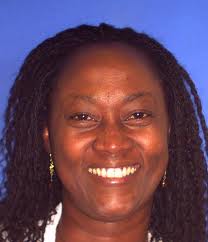 “Their achievements on the track have since been parlayed into extraordinary careers benefiting Jamaica, aiding in the areas of coaching and sports development,” the release said.Cameron is a member of the coaching staff at Racers Track Club where he conditions athletes including national 400m record-holder Jermaine Gonzales, while Jackson is the Sports Development Director at the University of the West Indies, Mona.

The release quoted Irwine G Clare Snr, TJB’s CEO and founder, as saying, “Both are highly distinguished in their field and are worthy honorees. This is a banner year for us and all Jamaicans, so celebrating not one, but two of our Olympic stalwarts is appropriate, in the year we celebrate Jamaica’s 50th Anniversary of Independence from Great Britain.”

TJB organizes accommodation and meals for Jamaican athletes as well as athletes from other Caribbean countries who take part in the annual Penn Relays Carnival in Philadelphia in April each year.

Their calendar of activities will get underway on March 25 with a church service at the St John’s United Methodist church, in Valley Stream, Long Island, with a second set for April 15 in Brooklyn at the Lenox Road Baptist Church, with Reverend Dr Kirkpatrick Cohall and congregation, for the second year running.