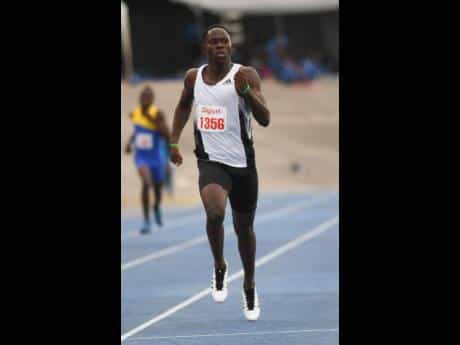 THE TOP Under-17 and Under-20 athletes will be hunting places on the country’s team to next month’s Carifta Games, which is scheduled to be held in Hamilton, Bermuda, between April 10 and 13.

Today’s opening day of competition at the National Stadium will see eight field-event finals taking place, while, on the track, there will be preliminary-round action in the 100m, 400m, and 1,500m among males and females in both age groups.

The first track event of the day will begin at 5 p.m., the preliminary round of the girls’ Under-17 400 metres, which will have the likes of Hydel’s Aaliyah Baker, Holmwood’s Rickiann Russell, and Edwin Allen’s Kacian Powell as its main contenders.

Defending Champs Class Two 400-metre champion Tahj Hamm of Holmwood Technical, who has a season’s best 47.80 seconds, will lead the Under-17 male group, where Richard Nelson of Clarendon College and Derrick Grant of Ferncourt, with season’s best times of 48.57 and 49.01 seconds, respectively, will also be hoping for good results.

The preliminary round of the girls’ Under-20 one-lap event will get underway at 5:30 p.m., but it is the boys’ equivalent 15 minutes later that will attract the most attention, with Calabar’s Evaldo Whitehorne, Excelsior’s Demar Francis, Kingston College’s Tyrees Grant, and the Vere Technical pair of Deandre Anderson and Tyrece Taylor all down to contest what should be a fiercely competitive event.

Edwin Allen’s ace sprinter, Kevona Davis, will also be in action today in the first round of the girls’ Under-20 100 metres, starting at 7:25 p.m.

This will be her second time competing in the event this season after opening up at the Ben Francis Invitational Meet in 12.08 seconds while running against heavy winds.

Her teammate, the vastly improved Brandy Hall; Excelsior’s Ackera Nugent; and Holmwood’s Sasheika Steele are all entered here and should give a good account of themselves.

Edwin Allen twins Tia and Tina Clayton are on a collision course to meet for the first time this season, as both will be involved in the preliminary round of the girls’ Under-17 100m event, along with teammate Serena Cole. The event will get underway at 6:50 p.m.

Racers Track Club’s Oblique Seville will be the top male in action today when he lines up in the heats of the boys’ Under-20 100 metres, which start at 7:40 p.m.

Seville, who has a personal best of 10.13 seconds, is the defending Carifta Games champion in the event.